The Posh Club was invented in Crawley, a town in West Sussex, by Duckie-münter Simon Casson and his sister Annie for their Mum who was in her 80s and feeling a bit lonely, after recently moving to the area from the more socially vibrant Hackney.

For a special treat, Annie decided to hold a tea party in her front room for her Mum and her ninety-something neighbours Esther and Frieda – to serve them nice sandwiches and cakes on fancy crockery.

The ladies had fun chatting and eating and being served like they were important guests.  They discussed their more social early years before they were married and especially the dances and variety shows that used to be more prevalent just after the war before the telly and the family started to dominate people’s lives.

Annie and Simon decided to hire and decorate the local church hall, dig out some of the old Shirley Bassey and Frank Sinatra albums that their Dad used to play, put on their glad rags and distribute very fancy invitations for all of the neighbours who were senior citizens to attend a daytime soiree.

Simon was tasked with booking a few of the more popular turns from the arty queer cabaret he runs in London as entertainment, whilst Annie made the food and recruited local pals to volunteer as posh waiters.  Different formations were trialed over that year until the group were happy with the results and The Posh Club was born.

Two years later the club was expanded to their old stomping ground Hackney to rave reviews and now there is a growing network of five clubs with regular events happening in Crawley, Hackney, Hastings, Brighton and Elephant & Castle. 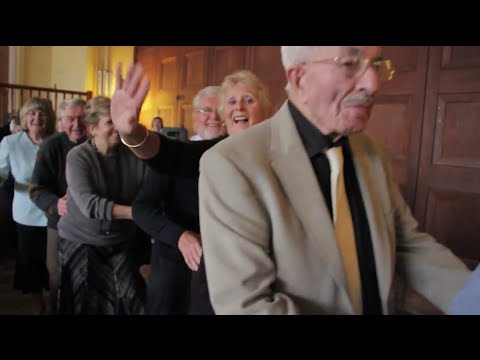